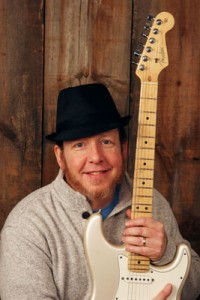 Thanks to his family and friends, Craig Tuttle grew up listening to and enjoying a wide variety of musical styles, including classical, country, bluegrass, rock, blues, pop, gospel, jazz, fusion, folk, and various ethnic styles of music.  He began formally playing guitar and bass guitar in high school where he performed in the jazz band and shared his first original musical piece.  Craig is equally at home on both electric and acoustic guitars.  Studying classical guitar in college helped Craig refine many of his skills including fingerpicking, sight reading, and music theory.  Playing in various rock and gospel bands provided experience in performance, improvisation and collaborating with other musicians.  Craig has had a love of teaching others to play guitar since the 1980’s, teaching both out of his home as well as in formal studios in Columbus, Ohio.  Craig brought his talents to Monroe, Wisconsin in 2002 and opened Craig Tuttle Music Studios in 2011.

As a Singer/Songwriter/Guitarist, Craig performs his music in an engaging alternative folk/rock style with thoughtful lyrics and compelling music. His original songwriting possesses a varied range of thought and feeling, while his acoustic interpretation of the music of others brings a new, but pleasantly familiar sound to the audience.

Tell Craig About You!

Now that you know about me, tell me a little about YOU and YOUR guitar playing goals! Then we'll setup an appointment for your FREE session. Click the button to get started.